Psychology and Personality Developments Lessons
Be the first to comment! 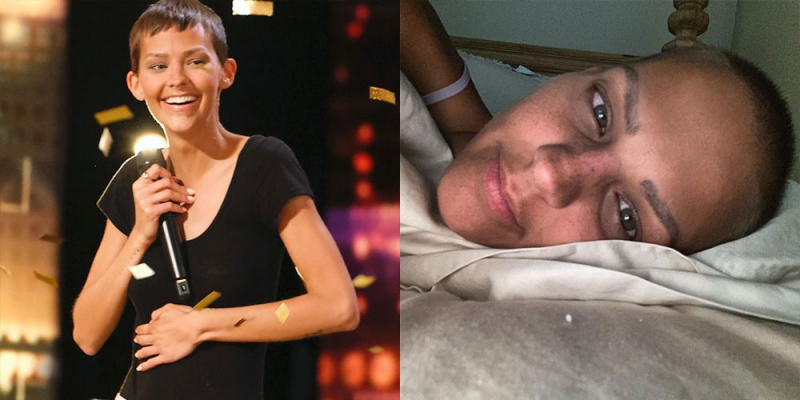 Simon Cowell gives Nightbirde the Golden Buzzer after her beautiful performance of "It's Okay."

Nightbird chases her dreams and proves that she is so much more than her cancer!

Life Lesson from Nightbirde's,
You can't wait until life isn't hard anymore before you decide to be happy.
By Nightbirde's @ America's Got Talent 2021
Nightbirde වෙතින් අපට කියාදෙන ජීවිත පාඩම,
ඔබ සතුටින් සිටීමට තීරණය කිරීමට පෙර, ජීවිතය තවදුරටත් දුෂ්කර නොවන තෙක් ඔබට බලා සිටිය නොහැක.
Nightbirde's @ America's Got Talent 2021 විසිනි.
It's been in Nightbirde's blood since the beginning. She wrote her first lyrics when she was six years old, assisting her mother in the composition of an original work about the Christmas star, which she later presented in front of almost 800 people at their rural Ohio church.
The majority of Nightbirde's musical experience stems from her church background, but she discovered a new voice during her college years. She acknowledges that she wasn't quite skilled enough to make it on the campus church's stage when she was at university; "That's when I started making music on my own that wasn't supposed to be performed in church," she says.
In 2012, she released her first original music, a three-song acoustic EP titled Lines. In her college town, the songs drew a lot of attention, so she started singing and developed a fanbase. The next year, she published Ocean & Sky, a 6-song folk EP that was spontaneous and hopeful.
She took a break from composing and singing after relocating to Nashville in 2015. She was preparing to release new tracks under the pop alias "Nightbirde" two years later. However, her world was turned upside down when she was diagnosed with stage III breast cancer.

Nightbirde was diagnosed with cancer in 2018 and went into remission soon after, recording "Girl in a Bubble," a song on the strange experience of illness. In the spring of 2019, she published the song, and later that year, she opened for Grammy-winning musician Tori Kelly in the same venue on her college campus that she had never been able to access previously.

That show was the resurrection of a dream for me,” she says, “It felt like a wink from God, saying, ‘you’re good enough to do this, kid.'

The euphoria didn't last very long. She was diagnosed again a few months later, this time with a 3-6 month life expectancy and a 2% chance of survival. She made a leap of faith to a clinic in Southern California in the midst of a global pandemic and an acrimonious divorce. She surprisingly recovered and was proclaimed cancer-free six months after her diagnosis.

The first order of business was to record new songs, and she has no plans to stop anytime soon. "When I was sick, I promised myself that I would compose the songs that people needed to get through those difficult moments, and that's exactly what I'll do."
Do you know that Nightbird has a good talent to write, she has a great website, blog, and online shop. If you like to take a look here is the link: https://www.nightbirde.co
Let's join together and wish her a healthy life.
Read 159 times