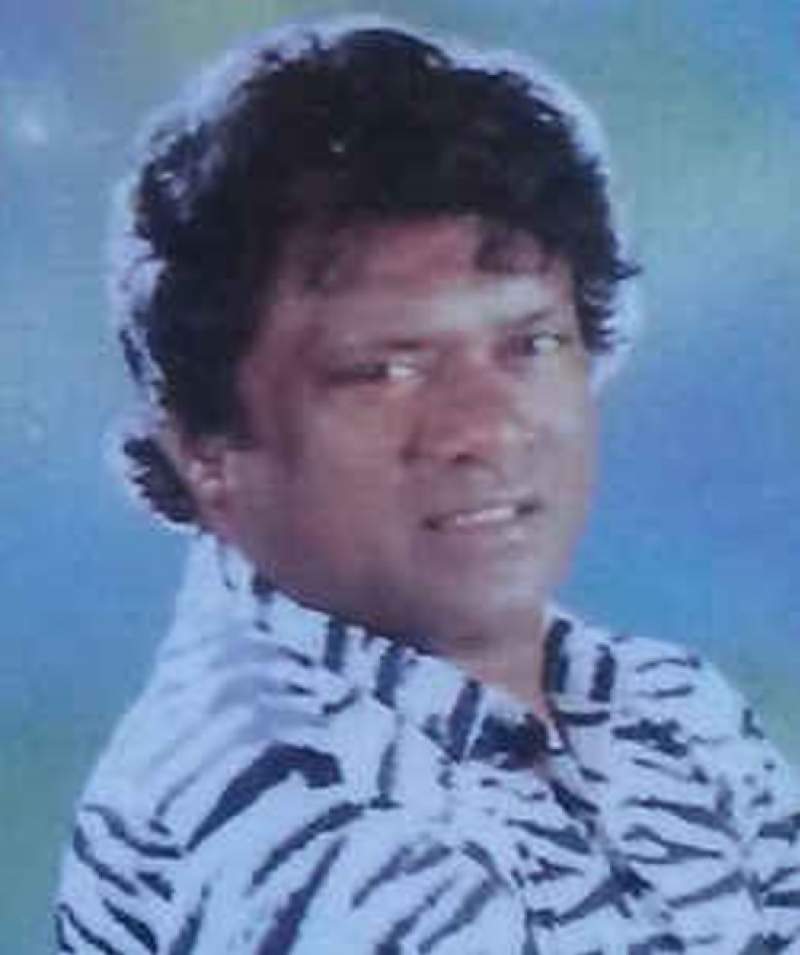 Priya Suriyasena is one of my very favorite singers. I like his voice tone very much.

I heard his songs first when I was studying in grade six or so in school. That was in year 1974 or so as I remember. The songs were broadcasted on radio often. The songs were, Andura Andura Mage, Heta Dawase, Sanda Ma Gavai, Adere Kiue Kisewaku Adre Nethe, as I remember. The tunes were very sweet and catchy, and that was also one of the reasons, that I happened to like these songs.

The Radio Ceylon, very often broadcasted these songs mostly on the commercial service, now known as velanda sevaya, in Sinhala. Those days this meter band was known as Sinhala Devana Sevaya, if I am correct in recalling. Those days there were no cassette tapes. What were available were only records in various lengths.  Some contained four songs, some two, and some twelve, as I know. These songs became very familiar, because they were so common and frequently aired. These songs were new at that time.

In the following two, three, years or so, some other songs of Priya Suriyasena also emerged. They were ‘Mey Ath Bawe Pura, Kiri Saure Rael, Mata Wasana, Mey Kulu Salue, Atha Dinekadi, and so on. More or less during this time, some other songs, Sarathasa Niva, Bingu Welapila, also came to the fore. Probably during the same era, the two popular songs, Pera Age Asurin, and Prarthana Bindunai, were released. I can’t exactly remember as to when these songs were first heard.

I think there were many beautiful songs came in LP Records contemporarily by this time. Songs, Mey Palu Mawathe, Oba Kandule Upathai, Min Madure, were some of them. Songs, Saure Hiru Nivila, Piliganna Adahanna Bae, were also two songs came out more or less during the same time, I guess. Well…. I can’t exactly remember the chronological order of those releases, but what I know is that all these songs became equally popular hits at that time. This is in late nineteen seventies in Sri Lanka, I must say. I think most of these songs were released under the Gemtone Label. Amidst, there were another two songs that became very popular by this time. These songs were Mulu Muhudama Handai, and Praneetha Mee Paeni.

Most of these songs were musically composed and directed by great musician Priya Suriyasena himself. His tunes are so catchy and melodious with oriental overtones, which at times based on North Indian Ragas. Just to cite two such tunes, Andura Andura Mage, and Heta Dawase, which do have shadows of famous Yaman style. The songs were so beautiful that they became hits, and caught attention of all listeners. These songs were aired on radio very often and people became very familiar with them.

In 1977 or so, a novel song of Priya Suriyasena emerged. The musical style was also a bit different and the song was Ratakin Eha. This song became a big hit. This song was played often in cinema halls, prior to the film shows and also during intervals, I remember. First I thought that this song was sung by Milton Mallawarachchi, because his songs were very popular and frequently heard at that time. When I told about this song to someone I knew, I was told that it was Priya Suriyasena who had sung this song, Ratakin Eha. Thenceforth I became familiar with the name Priya Suriyasena.

The song Ratakin Eha came in an LP Record with three more songs. These songs were, Sanda Yame, Etha Ran Viman, and Pathum Pirila, altogether four songs. All songs became popular and Ratakin Eha reached the highest popularity, probably for its wordings, and tune. This LP Record was frequently heard in carnivals at that time. Song, Etha Ran Viman became very popular especially amongst youngsters, because of its Guitar dominant interlude and counterparts, which had a Western touch. All four songs were composed by great musician Clarence Wijewardena.

1978 was the year that Sri Lankans experienced the advent of readymade cassettes, which means songs already recorded with stereo system. This was very convenient for music lovers, as they could go to shops and purchase them, at their choice, rather than going to Record Bars and wasting time.

The first such cassette was Milton Mallawarachchci’s ‘Anywhere Anytime’ titled in English. The pioneer of this endeavor was Tharanga Entertainments who took the initiative for this new venture.

The second readymade cassette released was of Priya Suriyasena, with 12 novel beautiful songs, under the Tharnga Label. The cassette cover was light pink, still I remember. It was in this cassette the very famous songs, Adaraniya Neranjana, Mage Lameda, Asurin Meedila, Hadawatha Illa, Sanda Tharaka Handave, and Ma Dethe Weli were presented. Having listened to this collection of songs, fans were amazed to the full.  On the second side of the same cassette, there were the other popular songs, Suduwatha Kamale, Jeewithe Mawathe, Etha Himagiri, Sanda Se Udavi, Sande Hangila, with one more song. This cassette became an instant hit. The six songs of side A were musically directed by musician Stanley Peris and the six songs of side B were creations of veteran musician Sarath Dassanayake. This audio cassette was very famous that time.

The revolution of readymade cassette production took place in April 1980, with the massive presentation of Sing Lanka Cassettes, with novelties and dynamic stereo recording.

In the following years, songs found in LP Records were transferred to Audio Cassettes, by their producers for commercial purposes or so, as LP Records were gradually declining from the market. Thus old hits of Priya Suriyasena too were compacted in audio cassettes in many volumes.

Thereafter, a series of cassettes was released by Sing Lanka in the following years. Songs were voluminous, and it is difficult to mention them here.

Priya Suriyasena has sung in many films, as a playback singer. One of the famous Sinhala movies, Mal Kekulu, screened in early nineteen eighties in Sri Lanka was colored by Priya Suriyasena’s melodious voice. The song, Bindu Bindu Kandulu Ganga, sung together with Gration Ananda and Shiyami Fonseka in the film became very popular and is still remembered. Also, Kandan Yannam Ranmal Mala Dala, sung by Priya together with Milton Mallawarachchci and Gration Ananda to the film Aeathin Aeathata, screened in mid-nineteen eighties in Sri Lanka also became very much popular. The group song Seethai Hari in the same film with Priya Suriyasena’s singing was also equally popular. It was veteran musician Sarath Dasanayake who composed music for these two popular Sinhala films.

Priya Suriyasena has sung a series of Christian hymns for audio cassettes and compact disks. He had sung many hymns composed by Reverend Father Linus Mendis for several audio cassettes.

Great vocalist Priya Suriyasena has sung many songs not mentioned in this essay. His musical career is very vast and wide-ranging, and cannot be explained easily. What this essay is trying to do is a recollection of his immense contributions to Sri Lankan music, as a singer, music director, composer, and a teacher of music, during past five decades or so, for all music lovers’ to refresh their minds.

Priya Suriyasena’s fans will be pleased and delighted to hear his new songs and melodies more and more now and in future for long eras.