A brief History of Mont Blanc and Video of Climbing 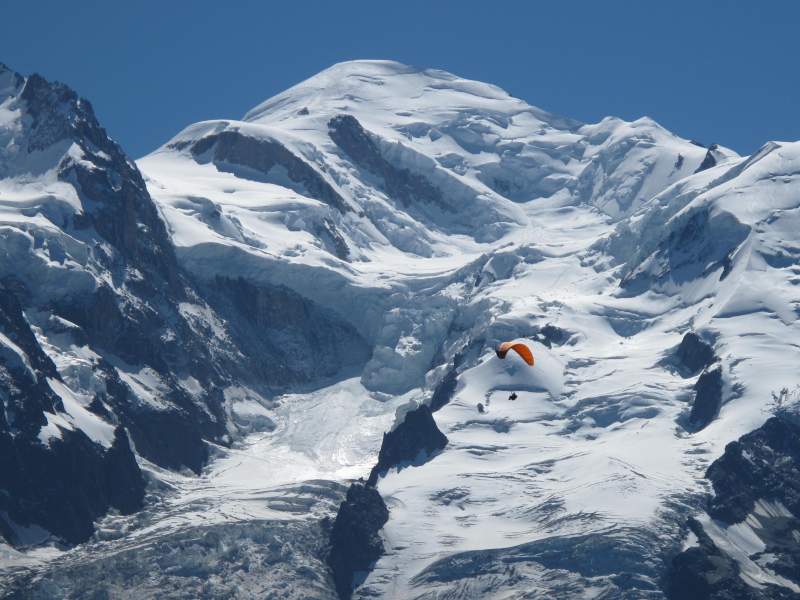 The first ascent of Mont Blanc was on 8 August 1786 by Jacques Balmat and Dr. Michel Paccard.

There is a statue in the Chamonix town center commemorating their success.

The summit is only 30 feet long, yet in 1960 a pilot landed on it successfully.

In August 2003, seven paragliders landed on the summit, and in September 2007, a group of 20 people set up a hot tub on the same, narrow, stretch.

Nowadays over 20,000 people climb Mont Blanc each year and some might consider it an easy, albeit long, ascent for those used to such expeditions. It is possible to go to the Aiguille du Midi by cable car from where Mont Blanc is only 1000 meters higher and it seems deceptively close. Despite its popularity, it still claims several lives annually.

Historically, Mont Blanc used to belong to the Kingdom of Sardinia but after Napoleon’s victory over Italy it was ceded to France

It has also been the scene of many scientific investigations, the first being at the end of the 19th century by botanist and meteorologist Joseph Vallot who set up his own cabin near the summit. An observatory was built in 1893 with the support of Eiffel Tower constructor Gustave Eiffel. The lowest ever recorded temperature at the summit was recorded in January 1893: -43 degrees centigrade. The building began to lean heavily in 1906 and eventually fell, three years later, having been abandoned in anticipation.