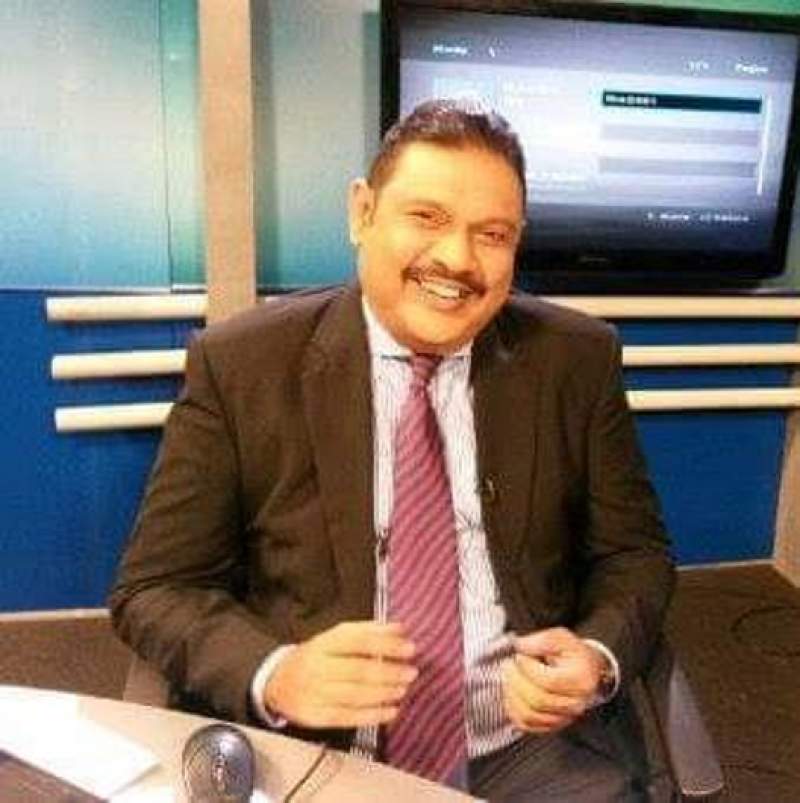 This is not a highly esteemed eulogy about extremely popular artist, actor, presenter Kamal Deshapriya.

But let this be a simple and humble salutation to a person who has contributed enormously from his inborn talents to the field of arts in Sri Lanka.

The name Kamal Deshapriya draws my mind back to rather mid-nineteen seventies during my time of schooling. It was a time that the country was deprived of television networks, unlike today. Radio was the common media popular at that time, as all of us know. Still, there were no private radio channels, unlike today.  Radio was the people’s common media for entertainment. Radio dramas were very much common among people. The commonest ones were aired at nights at 8.30. People flocked together around radios with families to listen to these dramas, which they did not want to miss at any cost.

This was a common feature at that time. There was a drama on Wednesdays at 8.30 in the night. The drama’s name was Vajira… Simultaneously there were two dramas aired on Sundays and Mondays at the same time. One was traditional Muwan Palassa, and the other was countryside story Monarathanna. All were equally popular. Still, Vajira had its own uniqueness which touched the emotions of youngsters and elders alike. The story was woven around a girl of a rich family, and a boy of a poor family, living in slums. They both were classmates. So the whole story was thrilling, and was speaking to the emotions of people. Apart from the two main characters, girl and boy (Vajira and Nimal), there was another dynamic vibrant character there which gave life to the whole storyline with a sense of humor at times, with a sense of inspiration at times, with sense of prudence at times and with a sense of wittiness at times.

This character was Lalith in the drama! It was Kamal Deshapriya’s majestic voice that gave life to the image of Lalith boosting up the character in all dimensions in people’s minds throughout the drama. This role was so touchy and gently dominant, that people were waiting to hear its dialogues which were not monotonous at all. Lalith stood side by side with Vajira and Nimal in the drama.

Sometime later, in early eighties, Vajira became a film directed by Professor Sunil Ariyarathne. People loved the film and it became a success at that time. However, a critique wrote at that time that Lalith’s role in the film was not as energetic as the character portrayed in the radio drama, which was of course true!! The secret behind this was Kamal Deshapriya’s performance throughout the radio series with his sensational voice.

Among many examples of same nature, just to cite another briefly: that is radio drama ‘Handiye Gedara’ aired once upon a time. It became so popular once again because of its hilarious nature. Mr. Kamal Deshapriya made a tremendous contribution to this drama, voicing the main character with a bobbling ululate feminine tone. Excellent performance of Kamal!

Kamal Deshapriya has been a famous cricket commentator as well as an eloquent radio presenter in our country. He has been blessed with an inspirational voice. Programs conducted by him were numerous and all became popular. Kamal Deshapriya has proven his acting prowess also in many respects, playing vital roles in many teledramas. Let us wish Kamal Deshapriya our kind artiste all the best in all his endeavors.