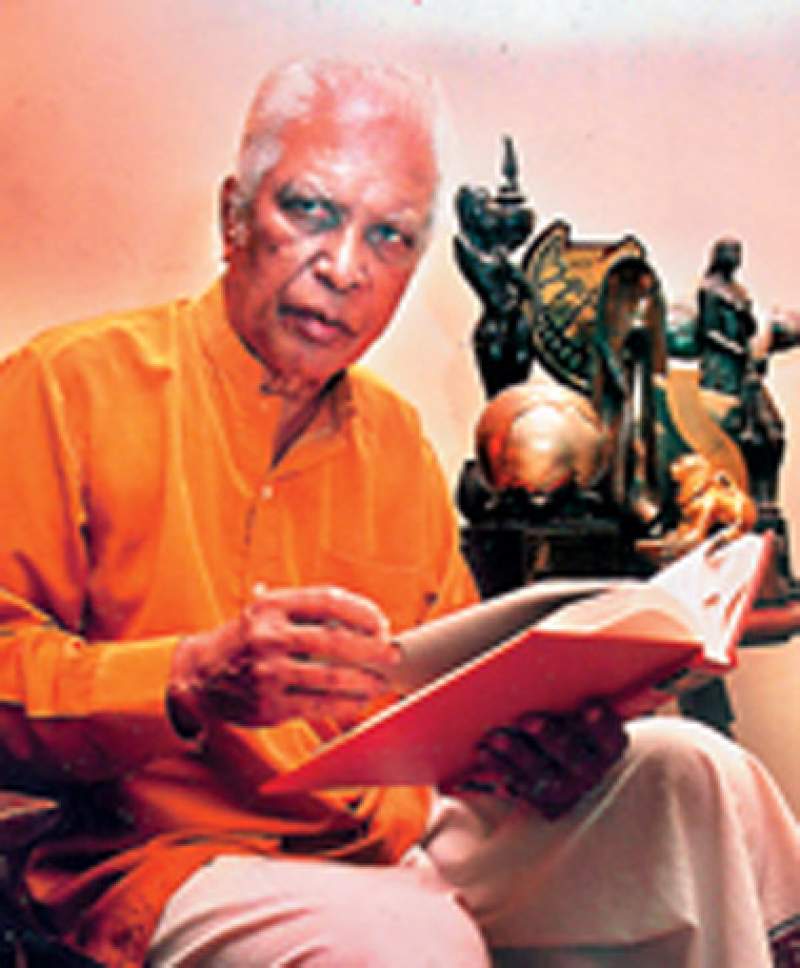 K.A.W. Perera was one of the most successful genius film directors our country ever had.

He was able to sense the pulse of all his film fans through his brilliant insights. Director, K.A.W. Perera was able to captivate the minds of people by his sensational story plots and realistic themes. He knew the very art of selecting the best cast to suit his storylines. He was very wise and farsighted and prudent in spotting fresh actors and actresses for his creations, which choices had proven extreme success all the time. His storylines always kept the viewers excited and curious until the very last moment of the story. Thus his contribution to Sinhala Cinema was enormous, and beyond explanation, as he was genius in filmmaking.

K.A.W. Perera’s storylines were of different genres. To cite a few out of whole cloth, the plots of ‘Wathura Karaththaya’ (Water Cart), ‘Aparadaya saha Danduwama’ (Crime and Punishment), and ‘Kathuru Muwath’, were detective in nature. In ‘Wathura Karaththaya’ K.A.W. Perera introduced a new actress to Sinhala cinema and she was Manohari Wimalathuna. ‘Bangali Walalu’ was based on a Buddhist jathaka story ‘Serivanija Jathakaya’, and the film was a new interpretation of the jathaka story, where Sabitha Perera and Jayanthadas Perera acted together, playing lead roles. ‘Seeye Noattuwa’, was woven around an ordinary photographer who works hard to come up in life, amidst social challenges. The film had beautiful songs, two of which are ‘Dedunu paya’ (Nanda Malani), ‘Lassana sihinaya’ (Milton Mallawaarachchi) just to remember. ‘Dulika’ was also one of the box-office hits in nineteen seventies, the film in which the new actress Biula Dias was introduced to the silver screen by K.A.W. Perera.

‘Janaka saha Manju’, was one of the box office hits in late nineteen seventies. The story was very appealing with its beautiful songs and music. ‘Loke jeewath wannata’, with the combination of singers, Latha Walpola and Clarence Wijewardena, (Melodious guitar counters in the song were of superb guitarist Earnest de Soysa), ‘Suwadak danewi hadehi’ ‘Ko ma pathu’ were few popular songs in the film that are still memorable. It was in this film that Jayanthadas Perera and Gothami Pathiraja acted first, as an appealing pair.

From the beginning, Premasiri Kemadasa was K.A.W. Perera’s music director in his films. Having worked together with Kemadasa almost in eighteen films consecutively, Kemadasa pondered on an inspirational change. It was during this time, he was moved to spot the young talented musician Gration Ananda then. Listening to some of the musical compositions of Gration Ananda, K.A.W. unequivocally decided to have Gration Ananda in his next novel film ‘Durga’ as its music director. Gration Ananda took up the task and composed melodious music for ‘Durga’ with enchanting melodies. ‘Durga’ discussed the prevailed communal malevolence of drug menace in society. The film’s songs became very popular. The songs were sung by Neela Wickramasinghe, Chandraleka Perera, Mervin Perera, Priyankara Perera, and Gration himself. In his music direction, Gration’s insights were inspirational. He invited Reverend Father Linus Mendis to compose lyrics for the film’s theme song, and accompanied Priyankara Perera to sing the wordings. Neela Wickramasinghe was awarded the best female vocalist at the Sarasavi Film Festival that year. Gration sang the famous song ‘Nava aare ase bandum enne’ in the film. Gration was nominated for the best music director of the year at the Sarasavi Film Festival of the year.

K.A.W. was also one of the pioneering teledrama directors in Sri Lanka in late nineteen eighties, during the time when stylistic innovative dramas emerged in tele drama arena in Sri Lanka. In 1988 and 1989, KAW directed ‘Gamana’ and Premada Veadi’ the most famous two beautiful teledramas. People were privileged to view them on Rupavahini at that time. The dramas were really hits, and people still remember them for their thrilling stories, talented casts, and most enchanting melodious music. It was gorgeous Priyankara Perera who played the main role in these two teledramas with his mesmerizing dynamic performance that finally hypnotized viewers, elevating both dramas to highest peaks. So K.A.W. Perera’s attempt was enormously successful and his insights were realistic. These ever-famous two teledramas of K.A.W. Perera, ‘Gamana’ and ‘Pramada Veadi’ were also musically directed by veteran musician, songster, Gration Ananda, where the most popular songs ‘Soduru malak se’ (Gamana) and ‘Aadara sinuwa’ (Pramada Veadi) were included as theme songs which became unforgettable.

The film ‘Dawala Pushpaya’ (White Flower) was also a beautiful captivating film directed by legendary, veteran, most revered filmmaker K.A.W. Perera. The film was released in year 1994. Priyankara Perera played the main role there with popular actress Vasanthi Chathurani. The story was woven around a photographer, an attractive young nurse, and a compassionate doctor. Priyankara Perera played the role of a fanatical photographer in the film.