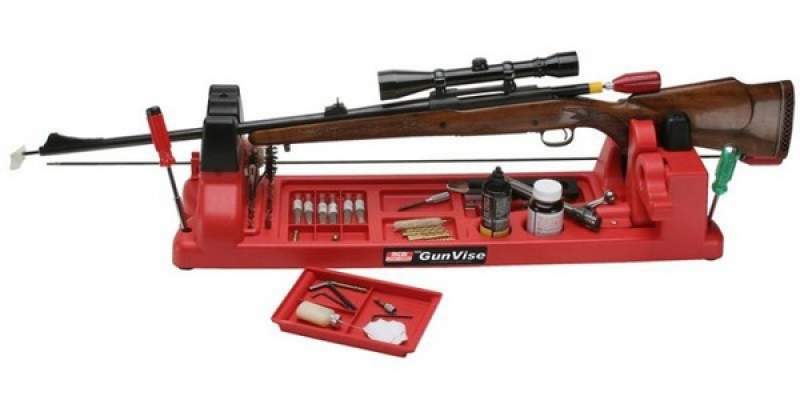 How Use and Maintain Your Air Rifle / Gun Detailed Sinhala Guideline 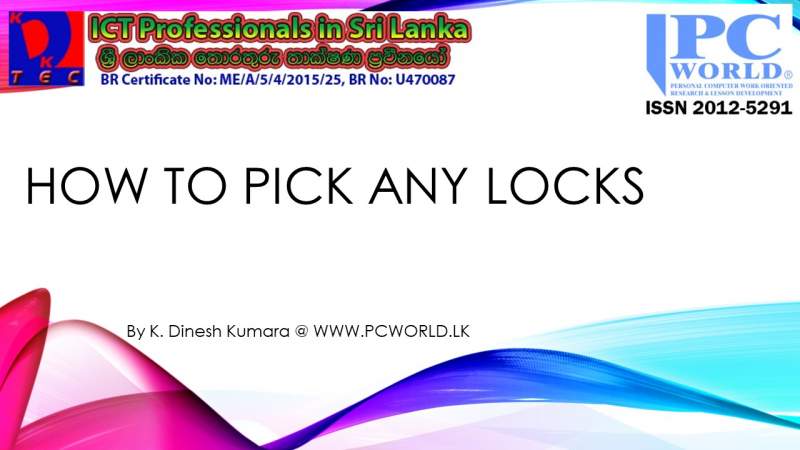 How to Pick any locks

In this video lesson, I’m going to teach you how you can easily use low-cost lock picking tool to open your locks. So be aware and cover your vulnerabilities. 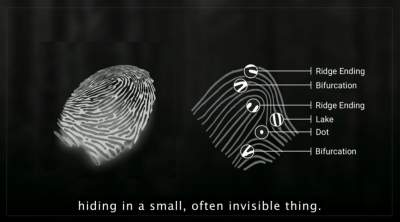 Let’s analyze your fingerprints its reveal more than you think

Our fingerprints are what make us unique -- but they're also home to a world of information hidden in molecules that reveal our actions, lifestyles and routines.
In this riveting talk, chemist Simona Francese shows how she studies these microscopic traces using mass spectrometry, a technology that analyzes fingerprints in previously impossible detail, and demonstrates how this cutting-edge forensic science can help police catch criminals.

Do you ever stop and think, during a romantic dinner, "I've just left my fingerprints all over my wine glass."

Or do you ever worry, when you visit a friend, about leaving a little piece of you behind on every surface that you touch? And even this evening, have you paid any attention to sit without touching anything? Well, you're not alone.

And molecules are the storytellers of who we are and what we've been up to. We just need to have the right technology to make them talk.

So let me take you on a journey of unthinkable capabilities. Katie has been raped and her lifeless body has been found in the woods three days later, after her disappearance. The police is targeting three suspects, having narrowed down the search from over 20 men who had been seen in that area on the same day. The only piece of evidence is two very faint, overlapping fingerprints on the tape that was found wrapped around Katie's neck. Often, faint and overlapping fingerprints cannot help the police to make an identification. And until recently, this might have been the end of the road, but this is where we can make the difference.
The tape is sent to our labs, where we're asked to use our cutting-edge technology to help with the investigation. And here, we use an existing form of mass spectrometry imaging technology that we have further developed and adapted specifically for the molecular and imaging analysis of fingerprints. In essence, we fire a UV laser at the print, and we cause the desorption of the molecules from the print, ready to be captured by the mass spectrometer. Mass spectrometry measures the weight of the molecules -- or as we say, the mass -- and those numbers that you see there, they indicate that mass. But more crucially, they indicate who those molecules are -- whether I'm seeing paracetamol or something more sinister, forensically speaking.

We applied this technology to the evidence that we have and we found the presence of condom lubricants. In fact, we've developed protocols that enable us to even suggest what brand of condom might have been used. So we pass this information to the police, who, meanwhile, have obtained a search warrant and they found the same brand of condom in Dalton's premises. And with Dalton and Thomson also having records for sexual assaults, then it is Chapman that may become the less likely suspect. But is this information enough to make an arrest? Of course not, and we are asked to delve deeper with our investigation.

So we found out, also, the presence of other two very interesting molecules. One is an antidepressant, and one is a very special molecule. It only forms in your body if you drink alcohol and consume cocaine at the same time. And alcohol is known to potentiate the effects of cocaine, so here, we now have a hint on the state of mind of the individual whilst perpetrating the crime. We passed this information to the police, and they found out that, actually, Thomson is a drug addict, and he also has a medical record for psychotic episodes, for which presumably the antidepressant was prescribed. So now Thomson becomes the more likely suspect. But the reality is that I still don't know where these molecules are coming from, from which fingerprint, and who those two fingerprints belong to.

Fear not. Mass spectrometry imaging can help us further. In fact, the technology is so powerful that we can see where these molecules are on a fingerprint. Like you see in this video, every single one of those peaks corresponds to a mass, every mass to a molecule, and we can interrogate the software, by selecting each of those molecules, as to where they are present on a fingermark. And some images are not very revealing, some are better, some are really good. And we can create multiple images of the same mark -- in theory, hundreds of images of the same fingerprint -- for as many of the molecules that we have detected.

So step one ... for overlapping fingerprints, chances are, especially if they come from different individuals, that the molecular composition is not identical, so let's ask the software to visualize those unique molecules just present in one fingermark and not in the other one. By doing so, that's how we can separate the two ridge patterns. And this is really important because the police now are able to identify one of the two fingerprints, which actually corresponds to Katie. And they've been able to say so because they've compared the two separate images with one taken posthumously from Katie. So now, we can concentrate on one fingerprint only -- that of the killer's.

So then, step two ... where are these three molecules that I've seen? Well, let's interrogate the software -- show me where they are. And by doing this, only portions of the image of the killer's fingerprint show up. In other words, those substances are only present in the killer's print. So now our molecular findings start matching very nicely the police intelligence about Thomson, should that fingerprint belong to him. But the reality is that that print is still not good enough to make an identification.

Step three: since we can generate hundreds of images of the same fingerprint, why don't we superimpose them, and by doing so, try to improve the rich pattern of continuity and clarity?

That's the result. Striking. We now have a very clear image of the fingerprint and the police can run it through the database. The match comes out to Thomson. Thomson is our killer.

Katie, the suspects and the circumstances of the crime aren't real, but the story contains elements of the real police casework we've been confronted with, and is a composite of the intelligence that we can provide -- that we have been able to provide the police. And I'm really, really thrilled that after nine years of intense research, as of 2017, we are able to contribute to police investigations.
Mine is no longer a dream; it's a goal. We're going to do this wider and wider, bigger and bigger, and we're going to know more about the suspect, and we're going to build an identikit. I believe this is also a new era for criminal profiling. The work of the criminologist draws on the expert recognition of behavioral patterns that have been observed before to belong to a certain type, to a certain profile. As opposed to this expert but subjective evaluation, we're trying to do the same thing, but from the molecular makeup of the fingerprint, and the two can work together.

I did say that molecules are storytellers, so information on your health, your actions, your lifestyle, your routines, they're all there, accessible in a fingerprint. And molecules are the storytellers of our secrets in just a touch.
Thank you.

This talk was presented at an official TED conference.
The Speaker: Simona Francese · Analytical chemist
Simona Francese is a chemist by training who is passionate about forensics.
Sources: https://www.ted.com 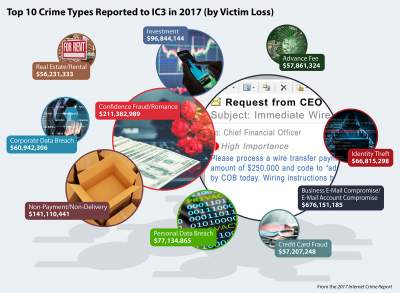 A series of vulnerabilities on Wi-Fi Protected Access II (WPA2) protocol have been identified and are collectively referred to as KRACK (Key Reinstallation Attack). The weaknesses are in the WPA2 protocol itself, and not in individual products or implementations. Therefore, any correct implementation of WPA2 is likely affected. In general, Wi-Fi attacks such as KRACK are only possible when the attacker is physically within range of the Wi-Fi signal.