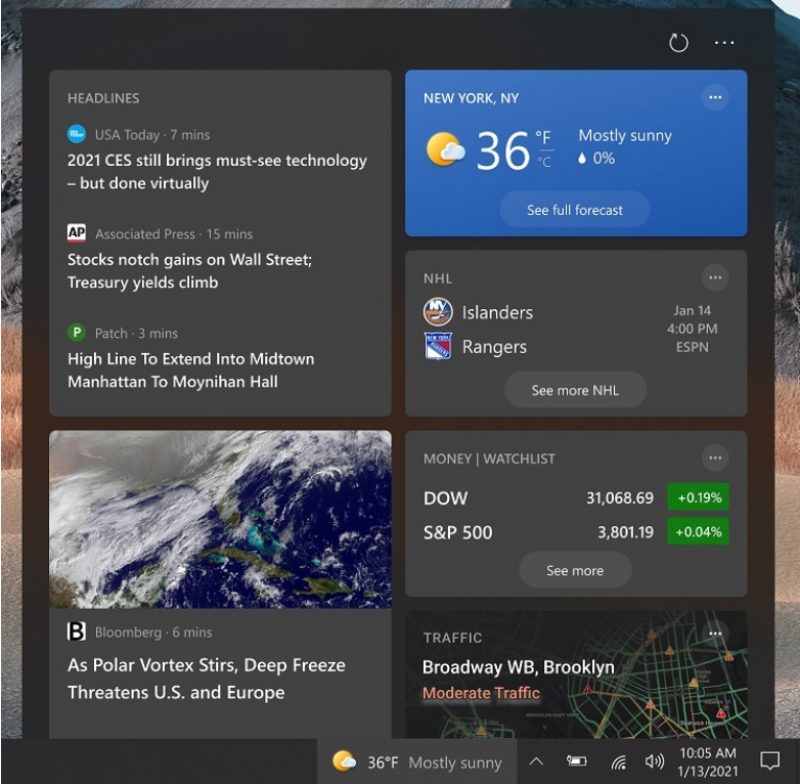 Microsoft has also published the direct download links for Windows 10 KB5001391 offline installers. These offline installers can users if they’re having installation issues or if they want to deploy the update on multiple machines.

Windows 10 KB5001391 is a non-security cumulative “preview” update and it will advance your system to Windows 10 Build 19042.964. You can install today’s cumulative update if you can’t wait for the May 2021 Patch Tuesday update. Unlike other monthly releases, this one comes with a new taskbar newsfeed feature.

To update Windows 10, head to the Settings app and click on “Check for updates”. If compatible, the following update will appear on your screen:

When applying optional updates, make sure that you’ve unchecked the updates for drivers (if available).

In some cases, updating Windows 10 can be a real chore as some unexpected problems can crop up. If you’re getting errors when applying the patch, there are few fixes you can try.

For example, you can pause and resume updates and use Media Creation Tool to fix corrupted components. You can also apply this optional update by manually downloading the offline installer from the links shared below.

On Microsoft Update Catalog, you’ve to click on the “Download” button next to the correct version/edition of Windows 10. Once done, a new window will open with a link to the .msu package. If you’re using Google Chrome, you need to right-click on the link and select “Save as” to start the download.

With this update, Microsoft is finally introducing the Google Discover-like news and weather feed for the Windows taskbar.

As you may know already, the Windows taskbar hasn’t changed at all in the last three years.

Earlier this year, Microsoft said that it would build its own “News and Interests” feed for Windows 10 users, and insiders were allowed to test the feature in the preview builds. 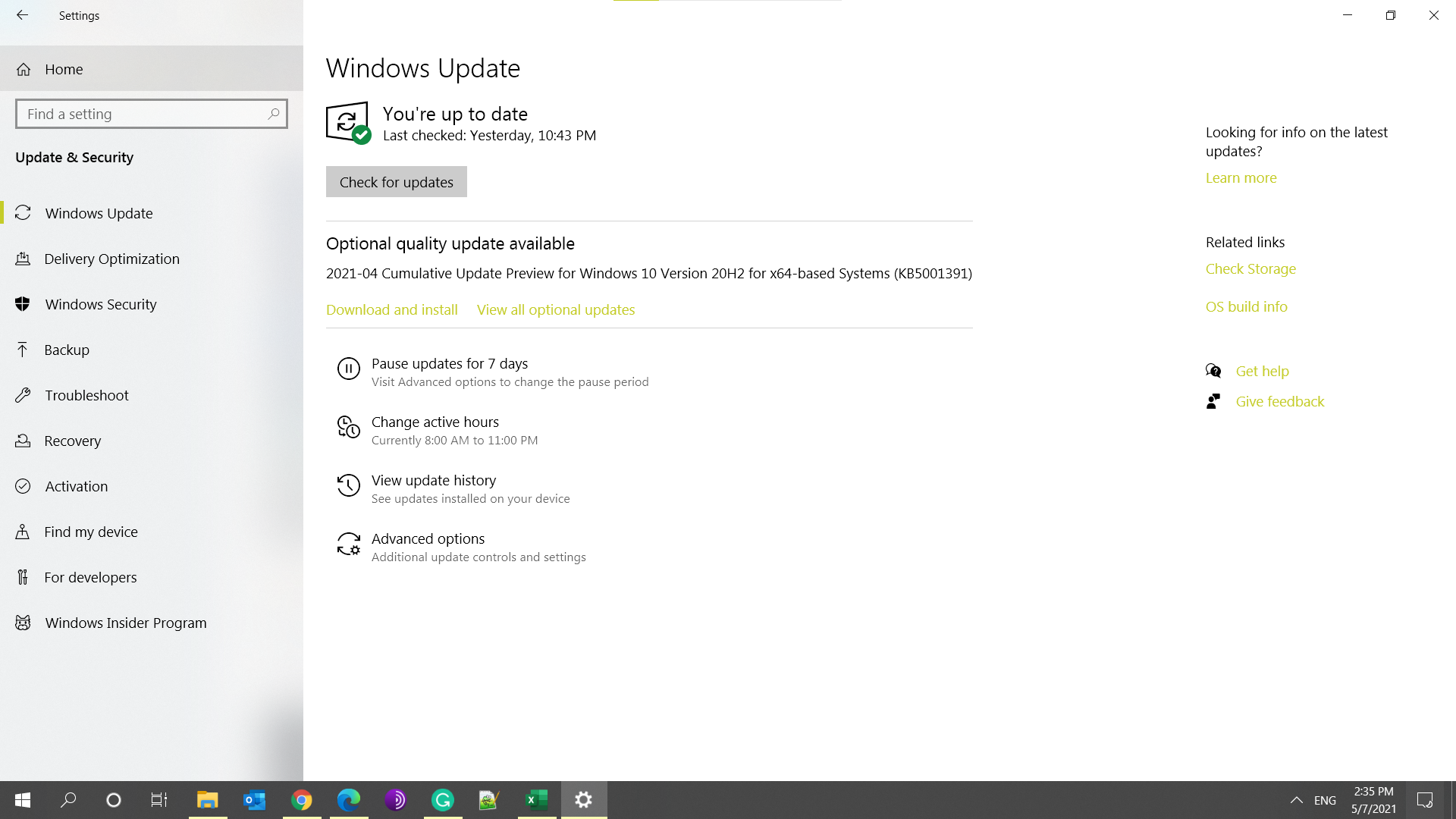 After beta testing, the “News and Interests” feed is now coming to Windows 10 version 20H2 and version 2004. As you see in the below screenshot, the taskbar feed would be enabled by default and it’ll show weather information with sky conditions, news, and personalized stories. 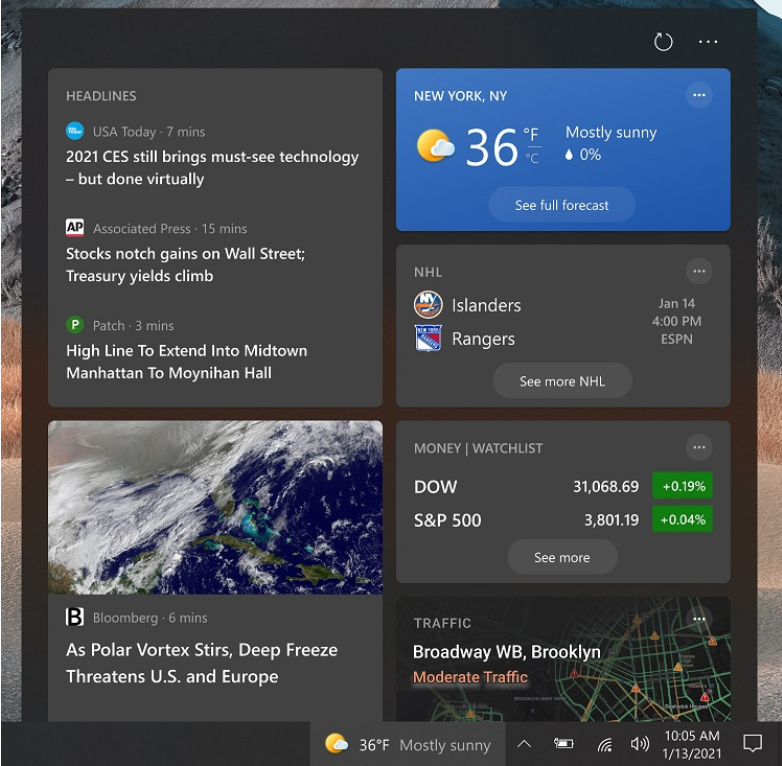 To access the feed, you’ve to click on the weather icon pinned to the taskbar. If don’t like the idea, you can right-click on the icon and turn off the feature.

Windows 10 Build 19042.964 also comes with additional bug fixes for everyone. For example, Microsoft has fixed an issue where a device unexpectedly fails security tests in organizations.

Another bug has been fixed where Windows 10 in S Mode stops working properly.

Likewise, a rare bug that causes issues with lsass.exe has been fixed. For those unaware, LSASS refers to the Local Security Authority Process, a process that is responsible for login and authentication on Windows 10.

After the last update, users noticed that the lsass.exe process results in high memory usage. With today’s optional patch, Microsoft confirmed that the problem occurs when Transport Layer Security (TLS) resumes a session and it has been fixed.