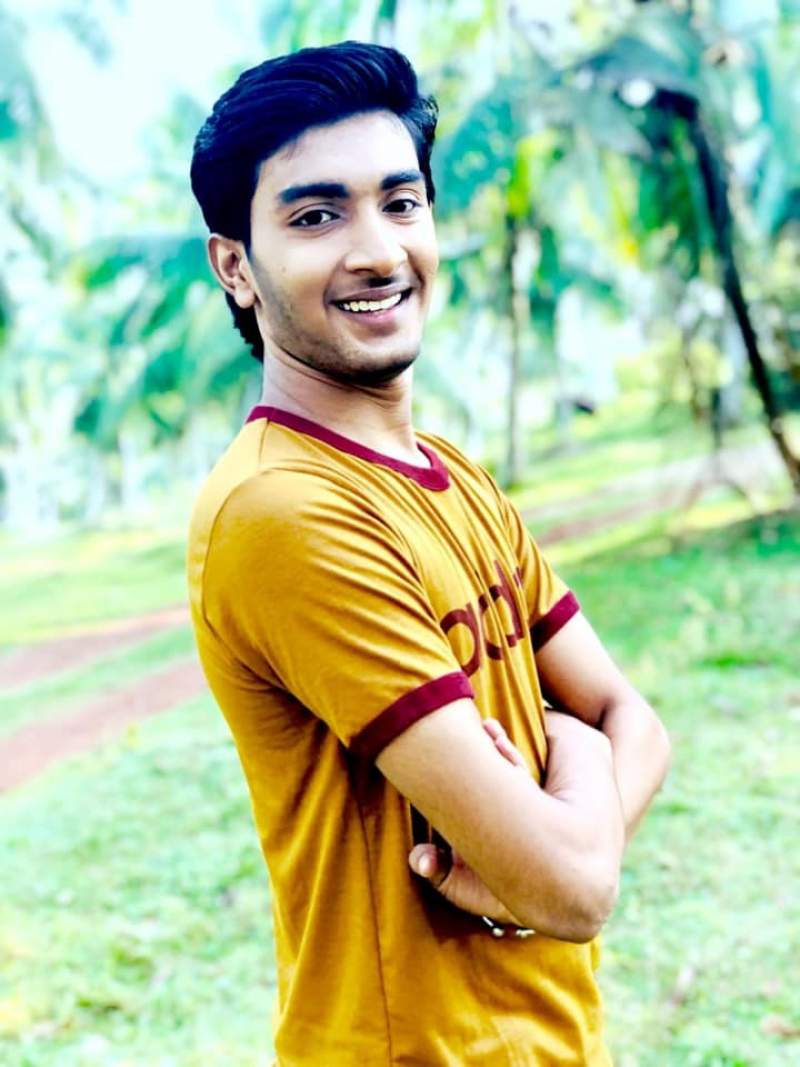 Viraj Dhanusha’s maiden aesthetic passion was to learn dancing. Thus, he entered ‘Samadhi Kala Ayathanaya’ in Anuradhapura. Viraj Dhanusha learnt Kandiyan Traditional Dancing under the patronage of gurus, Chandana Chadrartahne and Anusha Wickramasinghe, and mastered himself in the field of dancing.

Viraj Dhanusha was chosen to act in stage dramas in school, where he proved his proficiency in acting as a budding stage performer.

Towards end of his school career, Viraj Dhanusha was spotted star material. Thus, Viraj Dhanusha played his first screen role while he was a student at Valisinghe Vidyalaya in Anuradhapura.

Thus, his debut cinematic appearance was in famous Sinhala film, ‘A Level’, screened in year 2017. ‘A Level’ was directed by Rohan Perera. Viraj gained attraction from his very first screen appearance itself in ‘A Level’ for his vital character as Kalpa in the story. ‘A Level’ storyline is of a group of post ordinary level students, imagining to have an enjoyable time as advanced level students in school. New students also join their class. Among new students, a girl with a smart outlook draws all’s attention. Her peculiar conduct and seldom school attendance move others to be suspicious of an unrevealed story in her life. ‘A Level’ had an ensemble cast, with a mixture of veterans and an upcoming talented teens of star caliber. Viraj Dhanusha encountered veterans, Jayalath Manorathne, Chandani Senavirathne, and Umali Thilakarathne, as costars in ‘A Level’. The film became a hit at the Box Office. ‘A Level’ received wide-ranging critical acclaims for its storyline and vibrant performance of other characters. 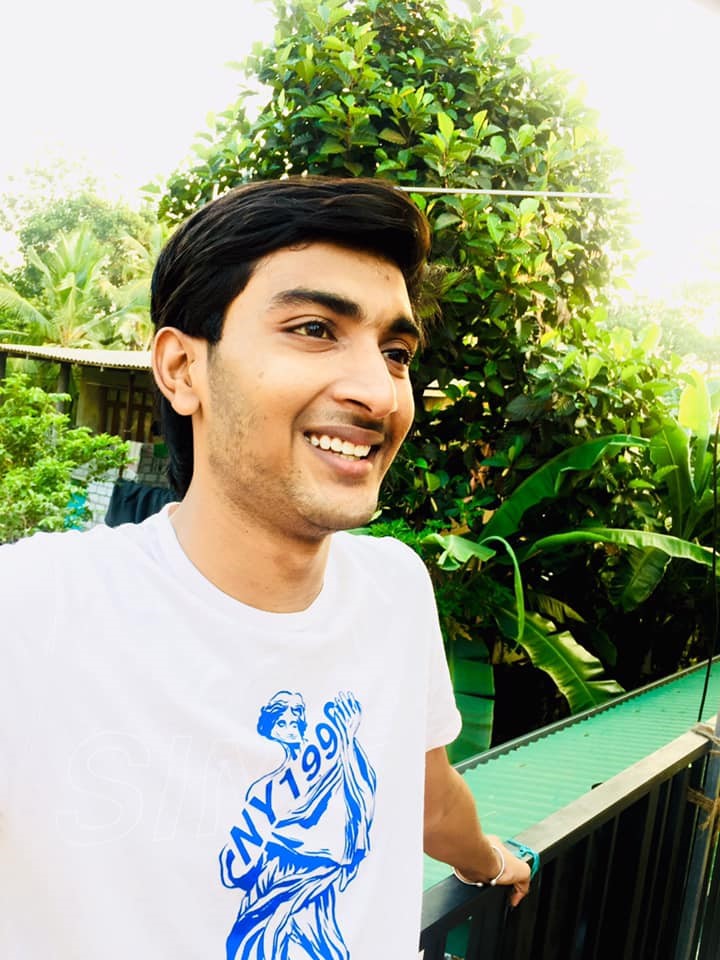 ‘Goal’, screened in year 2018, is another film, directed by Rohan Perera, where Viraj Dhanusha featured in a character role, along with a veteran cast. Viraj Dhanusha played the role of a boy, enjoying a life of luxury. ‘Goal’ was a story of sports-loving children of a remote school. A new master arrives in school and coaches children in football, a game new to the school. The master comes under criticism of some village folk for his attempt. Despite such adversaries, children emerge victorious in matches, as desired at the end. Veterans, Jayalath Manorathne, Chandani Senavirathne, Anula Bulathsinhala, were in main roles.

Viraj Dhanusha joined the Impase Institute of Performing Arts in Colombo, where he graduated in Performing Arts. Viraj Dhanusha was chosen by Producer, Scriptwriter, Saddamangala Suriyabandara, to play a focal role in ‘Amuthu Rasikaya’. ‘Amuthu Rasikaya’ was a very popular television drama telecasted in the recent past on Rupavahini Network. The drama was embraced by tele drama viewers for its novel theme and sensitive projections. ‘Amuthu Rasikaya’ was full of excitements and horrific events along with mystery with evil plots, mix-ups, puzzles, curiosities, with an amplification of struggles between good and evil in human behaviors.

The story’s highlight is a beautiful actress who sacrifices her interests at the end to restore the life of an innocent fanatic youngster gone insane, due to a mistaken belief. A mentally disturbed youngster flees to a village unknown to him as a vagrant, and finds shelter under a caring hired driver of a lorry who very soon employs him as his helper out of sympathy, unaware of his whereabouts and mental states. Driver is a film-goer, always speaks about films and their characters. One day he takes the youngster to a cinema. Instantly after the film, the youngster’s behavioral patterns change to every ones’ dismay!!! He is emotionally disturbed!!! He is fanatically attracted to the main actress in the film and wildly attempts approaching her, as he falls into a mysterious retrojection!!! Following a series of horrendous events, he finally succeeds to be pitied by the very actress, who eventually restores him back to normalcy for all’s surprise, where the story ends.

Viraj Dhanusha played the role of the young son of the caring driver whose family plays a central part in the entire story. The simple good family comes under endless threats of unruly forces in society. Viraj Dhanusha’s role as Kamal, runs parallel, as an innocent son, caring brother, friendly youngster, with other key roles from beginning to end. Viraj received admiring reviews for his role play in ‘Amuthu Rasikaya’. 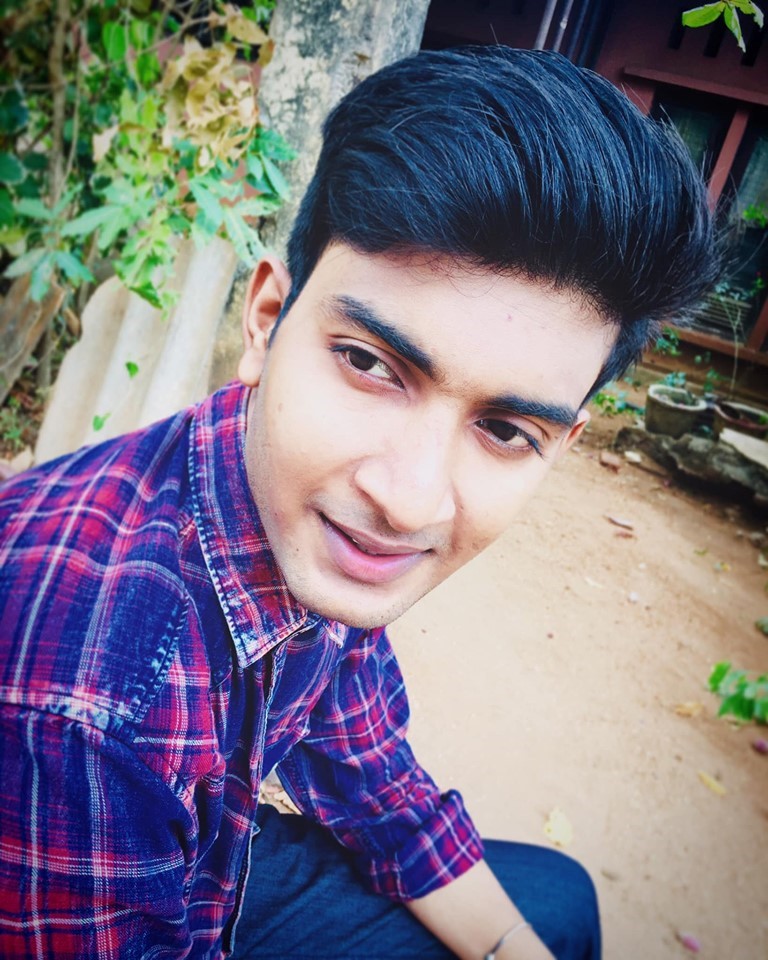 ‘Ahas Maliga’ is a mega television drama on Hiru Television Network with diverse story plots that grow separately within the story’s core to come on center stage at the climax. Viraj Dhanusha plays a student role as a cricketer whose moods portray a comical conduct with a touch of humor in the story. Viraj Dhanusha does extreme justice to his role with his star prowess.

Viraj Dhanusha is a young humble credible artiste with multifaceted talents - a gifted star personality in diverse arenas. His fans are amounting. Viraj Dhanusha’s creations are yet to come in numerous styles and heaps, as an upcoming actor, presenter, dancer, in films, television dramas, and other entertainment panoramas. His passionate fans and followers wish him all success in his endeavors as an indelible artiste.