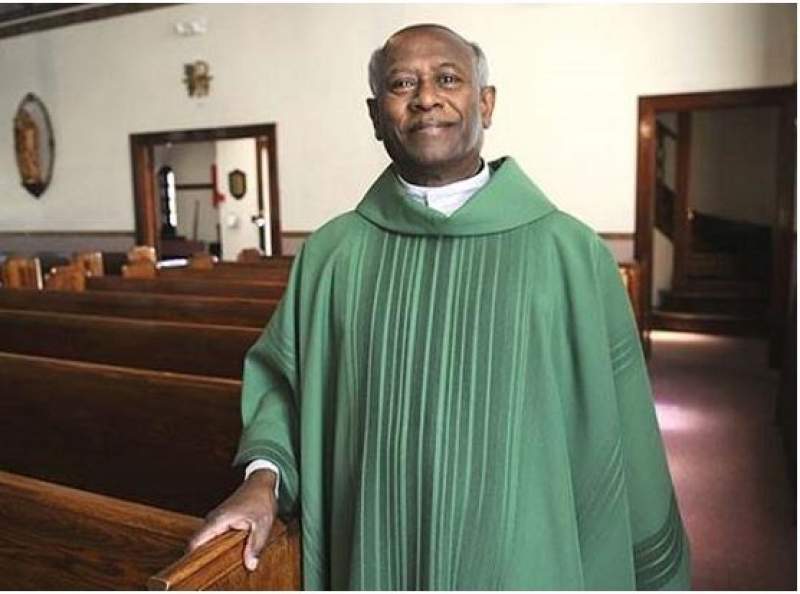 Reverend Father Linus Mendis has been well known for his enormous creations of Christian religious songs as an endowed lyrical composer.

Father Linus has been revered for his enormous contribution to the Catholic Church as a great lyricist of voluminous Christian poetical meaningful hymns. Fr. Linus’s hymns are inspirational reflections. Spirit filled creations of Fr. Linus convey the biblical message of love, forgiveness, justice, compassion, grace and peace. They invite people to experience God’s immense love and compassion, and to extend that love to our fellow brothers and sisters and to walk in life as faithful followers of Jesus.

‘Sathuta Samaya’, ‘Kankalu Rasabara’, ‘Sonduru Lassana’ ‘Katu Athi Aththaka’, were some of the very first hymns composed by Fr. Linus in early seventies. Meeting great musician Mervin Perera in early years of his priestly ministry in nineteen seventies gave limelight to his compositions. Most of the hymns penned by Fr. Linus were musically directed and sung by Mervin Perera. Few LP Records titled ‘Rosa Kekula’ and ‘Sathuta Samaya, were similarly released with Fr. Linus’s famous hymns by this time. Among Fr. Linus’s compositions, there are impressive Buddhist devotional songs penned during the time of his parish ministry in Uva Wellasse in nineteen seventies.

A unique feature in Fr. Linus’s compositions is his choice of soothing artistic simple poetic word arrangement for the charming enrichment of his creations. Though some of his songs are apparently secular, they express a deep religious value in meaning.
In year 2007, Father Linus released the song album with the title,

‘Suwadethi
KuSumaKa’ , composing nine new songs, as a tribute to Mervin Perera with some of his old creations. Father Linus was assisted by Earnest Soysa and Gration Ananda in composing melodious music for some songs here, with Neela Wickramasinghe, Nelu Adhikari, and Uresha Ravihari, joining in duets. Six melodies had been composed by Mervin Perera himself whose melodies manifested a charming sensational sweetness.

International Signis salutation award winner, Gration Ananda’s one of the last song albums ‘deSithaKa Gee’ (Released in year 2007), was another collection of songs that took shape with Fr. Linus’s rhythmical wordings, synthesized with music and melodies of Gration himself. Gration sings thirteen new compositions of Fr. Linus with the accompaniment of Sarasavi and Hiru Golden Film Awards winner, songstress Uresha Ravihari in two duets and also with the old song ‘Ma Dayabara Priyaviye’ (Originally sung by Milton Mallawarachchci), as a tribute to Milton and Stanley Peris.

In year 2010, Father Linus launched the first volume of his hymnal ‘Kankalu Rasabara Gee (SinG a new SonG to the Lord)’ with 42 of his great memorable Sinhala compositions. Each hymn is complemented here with its melodic notation and a concise classification. The volume includes hymns for all seasons, Christmas, Lent, Easter, and hymns for penitential services and hymns devoted to Mother Mary.

Father Linus had rendered a yeoman service as a Diocesan Director for UNDA and OCIC in Sri Lanka. He contributed a meaningful service as director of the Sinhala Service of Radio Veritas Asia in Philippines in year 2000.

As an exemplary shepherd, Fr. Linus follows a Christ like approach to the people whom he serves. Most of his religious compositions are a manifestation of his life experience cherished in his priestly ministry while serving the poor, downtrodden, outcast, and marginalized in society. His vision and concern for the poor and the marginalized was a great significance. He has left his salutary and indelible mark in the minds and hearts of people from all walks of life to whom he has been ministering during last forty two years, as a humble servant of God, as a zealous pastor and a great missionary apostle.

Father Linus Mendis is presently serving as an Administrator of a Parish in the Arch Diocese of Boston in the United States of America. May he experience God’s love with his choicest blessings always.