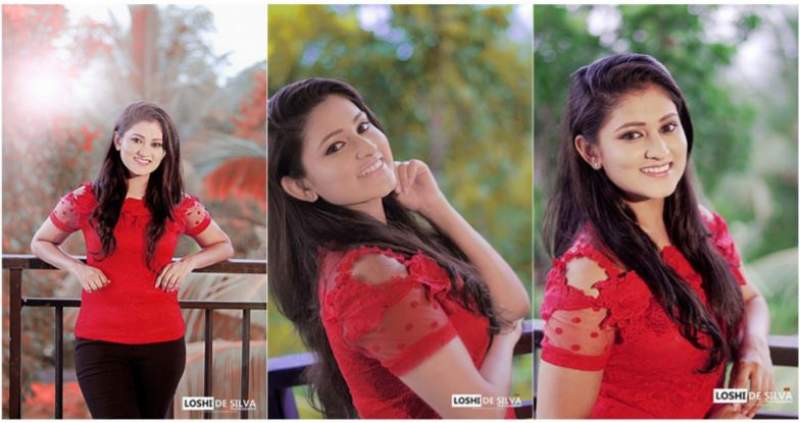 Maneesha Chanchala is recognized as one of the finest young celebrities in modern times. She has shot to fame as a superlative singer, famed celebrity, eminent presenter, and a model of beauty.

Thus, this concise commentary is a reflection of her unique creations thus far in diverse fields of virtuosities as a sublime superstar. Maneesha Chanchala made her first appearance on television as a child contestant of Derana Little Star Season II Musical Reality Program, in which she won the fourth place proving her musical prowess in singing as a budding songstress.

Thus she began her debut as a promising vocalist. Maneesha Chanchala’s maiden screenplay role was in ‘Sidu.’ ‘Sidu’ was a lengthy tele drama basically based on certain superstitious beliefs of some village folk and general life patterns of a community of monks and their interactions in society. Parallel scenarios of it had many characters along with the main roles. Maneesha Chanchala played a pivotal striking role in the drama as a young girl beautiful, wise, and respectful. Maneesha’s character was a highlight in the drama series.

‘Sillara Samanallu’ was a light comedic mega- type Sinhala television drama screened in the recent past. The drama was about three funny gangsters with a pretense of brevity, but cowered in reality, and their odd criminal activities. The story was woven around their haphazard movements and comical encounters along with shallow amusing robbery attempts.

‘Sillara Samanallu’ had a synthesis in the story with a family situation of a policeman and his family striving to live in decency in the face of tensions and challenges. Maneesha Chanchala played the sisterly role of a mild, attractive, eldest young daughter of the family, gripped in numerous tensional forces. Her starring in Sillara Samanallu was dynamic and perfect. Her role play surpassed the other characters in the drama with prominence. 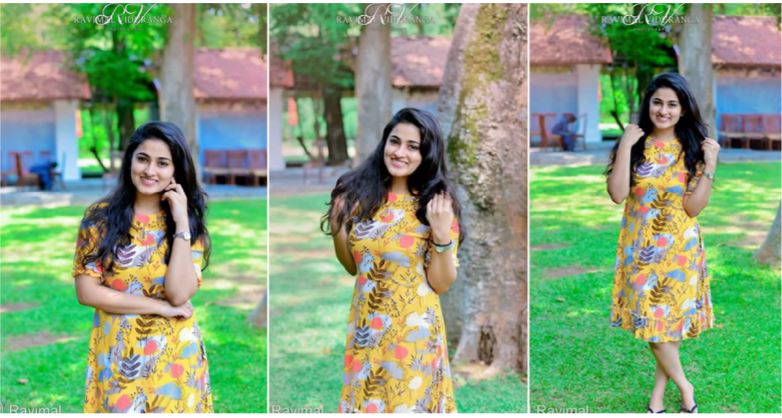 ‘Amuthu Rasikaya’ is another television drama based on a different theme. The story is about a fanatic fan obsessed with the beauty of an actress, and his eventual horrendous mess at last. Maneesha portrays a very sensitive character in the drama as a compassionate young girl with humanism. Her spirited acting sensations in the drama received revere reviews.

Amuthu Rasikaya slightly provides a rare behind the scene look at the movie industry and the difference between the real world and the made-up world of cinema. ‘Aemee’ is a tele drama with a new theme, centered on a group of children, some of them having extraordinary supernatural powers and some having hyperactive behaviors whose interactions disturb and frighten people engaged in crimes in society.

The children are fostered and nurtured by a loving granny. Matters become vibrant with Maneesha Chanchala, coming to picture with stun. Maneesha upshots as the heroine with action-packed movements in ‘Aemee’. Maneesha Chanchala’s edified character in ‘Aemee’ is idealistic and appealing. 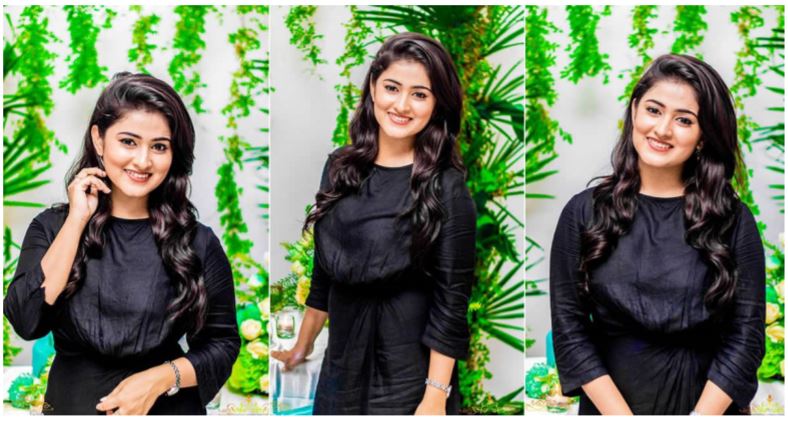 ‘Kumi’ is a tele drama with thrills and excitements where Maneesha is the spotlight and center of attraction. The story is knitted around two sisters, one small, and other, young and pretty. Both journey by train and happen to separate all at once. Small sister misses the elder sister while journeying and detrains before destination with puzzlement.

She accidently falls into the company of some children, housed by a child trafficker initially, but stolen and transported once again by two notorious men only to isolate her near a shanty surrounded by a thicket from where the child is secretly moved to another unknown spot by a childless couple, who finally becomes attached to the child. The younger sister goes in search of her missing sister and encounters a series of horrific tensed situations one after other. She spends time in fear, anxiety, and utter confusion, and seeks help from a young guy to find the missing sister.

Trapped by many forces of danger, she returns home without the sister only to be humiliated and suspected even by parents. Police, parents, and some others, interested in the child have launched operations to find the child. Thus, the story goes on. Maneesha Chanchala plays the role of the young sister with her high-spirited dramatic conceptions.

Maneesha Chanchala is particularly known for fortifying a naturalistic style of acting embedded with eminence. Maneesha’s acting is cultured, refined, effective and impressive, which characteristics have attracted lot of praises from fans of all sorts. Maneesha Chanchala has featured in a series of music video presentations with her sparkling beatific movements and gleaming impressions. Her vistas of expressions in entire panoramas are inimitable and entrancing. 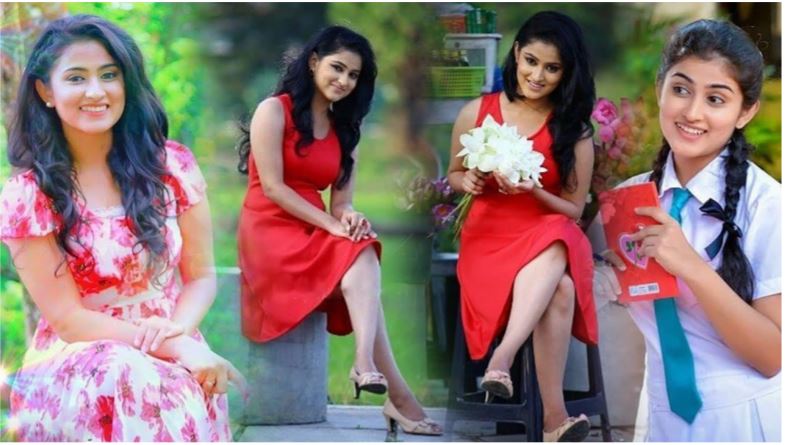 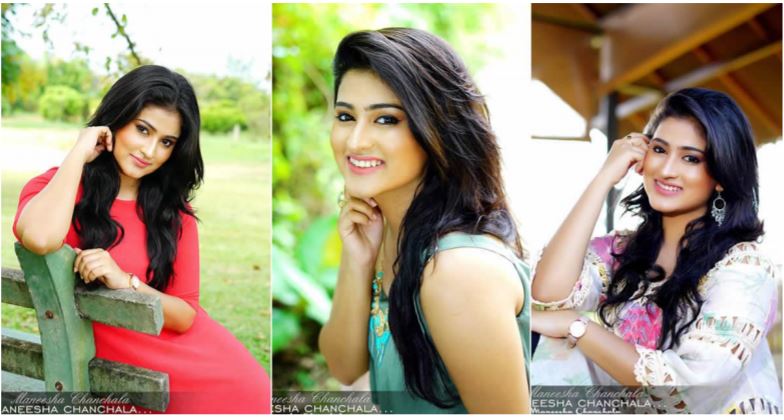 Maneesha Chanchala is an eloquent announcer, stirring compere, and a wellexpressed presenter. She masterly conducts programs of entertainment and reality shows on television and other showbiz with vigor and cheeriness. Maneesha is a melodic songstress. She sings in a melodious voice tone with ranges of euphonic resonances. Her singing is mind-blowing with captivation. 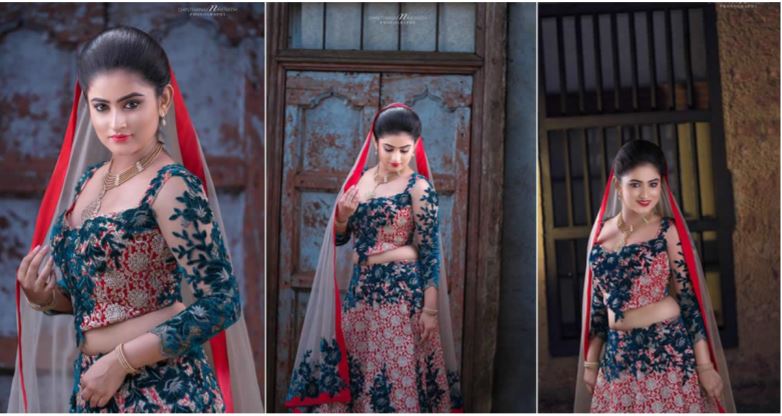 Maneesha Chanchala with her prettiness has appeared in numerous commercials, projections of which, had had impacts on the very brands promoted. Maneesha Chanchala was among the Top Ten Actresses, nominated and voted for ‘Most Popular Actress Award’ at Raigam Tele’es in year 2019. Maneesha Chanchala is an accomplished Actress, Songstress, Dancer, Presenter, and Model. Her passionate followers and fans are enthusiastic to see her creations more and more. 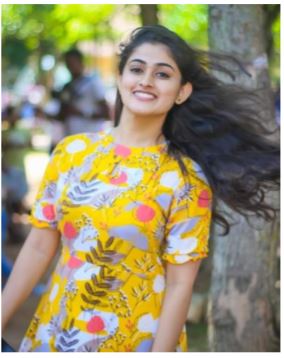