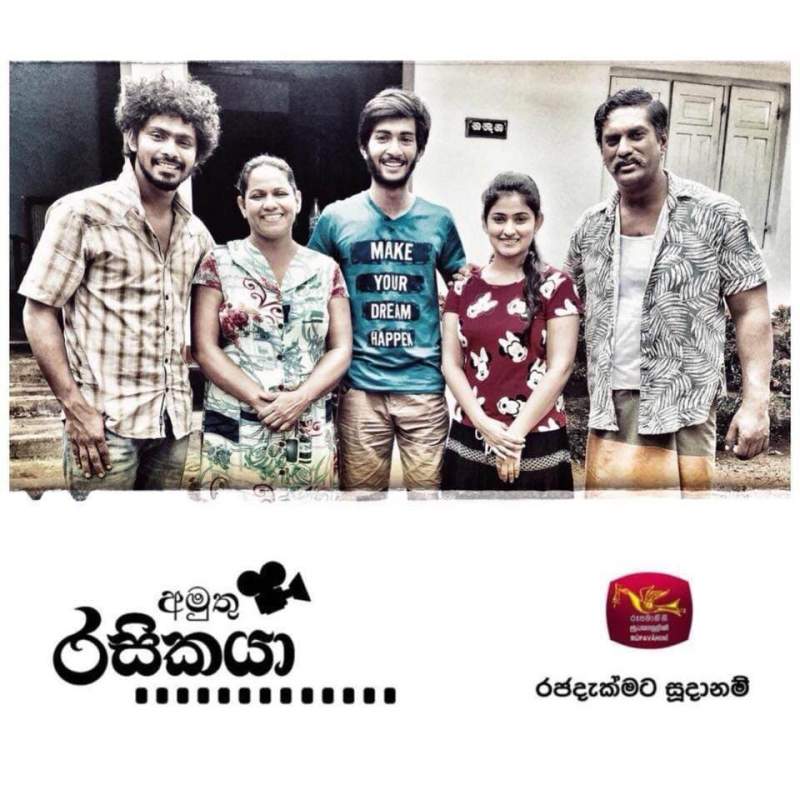 Amuthu Rasikaya – denotation - ‘Fanatic Fan’ (It is difficult to have the exact literal translation with the same nuance).

The story is woven around a youngster guised as a vagrant, obsessively attracted to the prettiness of a young actress, losing senses whereby to encounter a sequence of horrendous events.

To cite few main characters, popular superstardom, Suraj Mapa with his unique acting prowess plays the role of a guy at the threshold of his middle age, still a bachelor, along with an odd appearance, modelled as a character of inferiority, covertly flirting with an idea to befriend his love interest. A man bogged down in book writing as a self-imposed writer with a nonsensical impression.

Charming star, Manisha Chanchala portrays the character of a virtuous tenderhearted young daughter of a simple family. Her sensitivity and art of enactment bring limelight to the entire drama.

Renowned actor, Roshan Piliapitiya plays the role of a hardworking parent, laboring tiresomely for the wellbeing of his family, hiring himself as a chauffeur of a lorry owned by a rude man of meanness. His acting is commendable.

The drama is in its early episodes yet. Still it has had a catchy start with centric dramatic essence.

The story concept is from Saddhamanagala Suriyabandara and the script computerization is by Tissa Wijesundara. Drama direction is by Sivagurunadan. Music score is by Kapila Poogalaarchchi.