To watch all videos go bellow of this article.

This is a breaking news to all of Sri Lankans and some people still don’t believe this news. Former Prime minister also not had published any official video about this matter.

All of these dramatic political development has been started after the party abruptly quit the ruling coalition. Videos of former president Manhinda Rajapacksha taking oath as the prime minister were release to media and has been broadcast all over the country.

Political experts says that President move to state Mahinda Rajapacksha as the new Prime Minister could be lead to a constitutional disaster as the 19th amendment to the constitution would not allow the sacking of former prime minister Mr Ranil Wickamasinghe without a majority of parliament.

Some say that root cause for all of these is that President Sirisena accused his senior coalition partner the United national party of not taking serious attention in an alleged conspiracy to assassinate him and Gotabhaya Rajapaksa, the former top defense ministry official and brother of former president Mahinda Rajapaksha.

But anyway this is what google say: 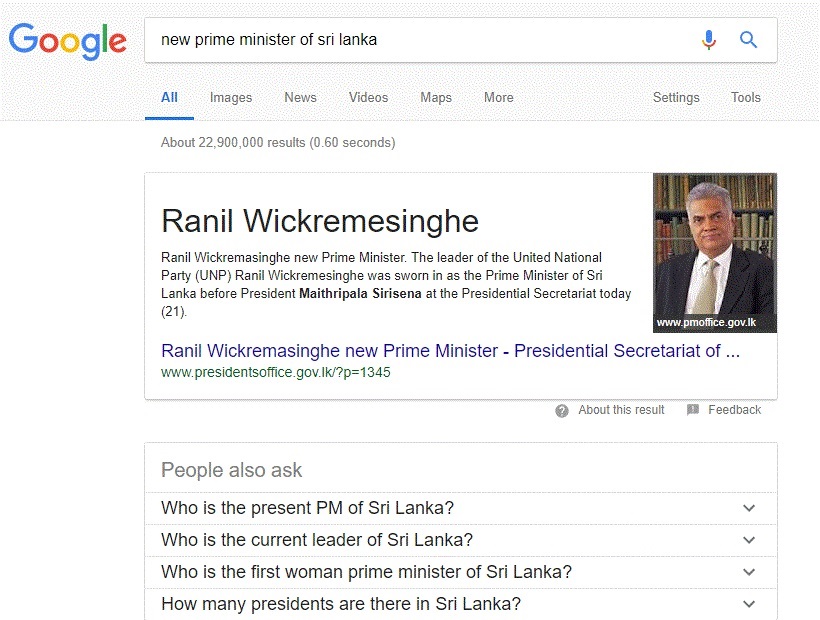 We will keep you updated the situation in this regard so please keep in touch with our website.