All About Computer Virus - Part 03 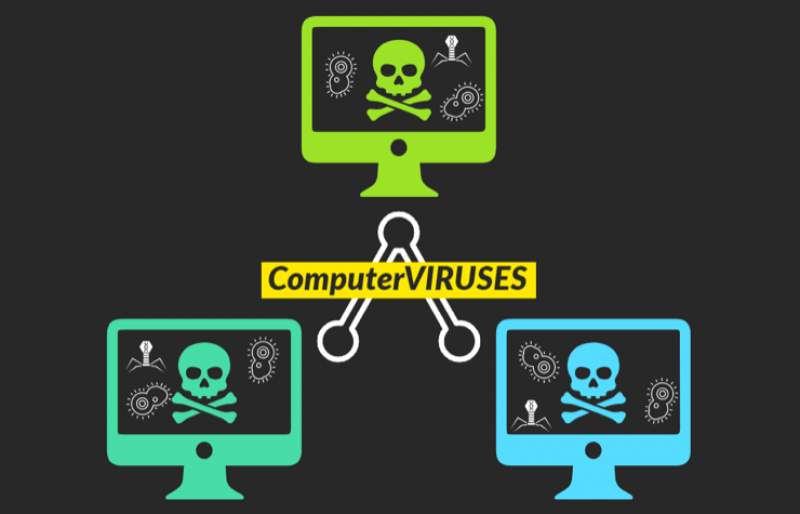 컴컴컴컴컴컴컴컴컴
INSTALLATION CHECK
컴컴컴컴컴컴컴컴컴
There are several different types of installation check. The most common
is a call to int 21h with AX set to a certain value. If certain registers
are returned set to certain values, then the virus is resident. For
example, a sample residency check would be:

When choosing a value for ax in the installation check, make sure it does
not conflict with an existing function unless the function is harmless.
For example, do not use display string (ah=9) unless you wish to have
unpredictable results when the virus is first being installed. An example
of a harmless function is get DOS version (ah=30h) or flush keyboard buffer
(ah=0bh). Of course, if the check conflicts with a current function, make
sure it is narrow enough so no programs will have a problem with it. For
example, do not merely trap ah=30h, but trap ax=3030h or even ax=3030h and
bx=3030h.

When using this method, take care to ensure that there is no possibility of
this characteristic being false when the virus is resident. In this case,
another program must not trap the int 60h vector or else the check may fail
even if the virus is already resident, thereby causing unpredictable
results.

컴컴컴컴컴컴컴컴컴컴컴
FIND THE TOP OF MEMORY
컴컴컴컴컴컴컴컴컴컴컴
DOS generally loads all available memory to a program upon loading. Armed
with this knowledge, the virus can easily determine the available memory
size. Once again, the MCB structure is:

A simpler method of performing the same action is to use DOS's reallocate
memory function in the following manner:

컴컴컴컴컴컴컴컴컴컴컴컴
ALLOCATE THE HIGH MEMORY
컴컴컴컴컴컴컴컴컴컴컴컴
The easiest method to allocate memory is to let DOS do the work for you.

The purpose of marking DOS as the owner of the MCB is to prevent the
deallocation of the memory area upon termination of the carrier program.

Of course, some may prefer direct manipulation of the MCBs. This is easily
accomplished. If ds is equal to the segment of the carrier program's MCB,
then the following code will do the trick:

; Step 1) Shrink the carrier program's memory allocation
; One paragraph is added for the MCB of the memory area which the virus
; will inhabit
sub ds:[3],(endvirus-startvirus+15)/16 + 1

; Step 2) Mark the carrier program's MCB as the last in the chain
; This isn't really necessary, but it assures that the virus will not
; corrupt the memory chains
mov byte ptr ds:[0],'Z'

; Step 3) Alter the program's top of memory field in the PSP
; This preserves compatibility with COMMAND.COM and any other program
; which uses the field to determine the top of memory
sub word ptr ds:[12h],(endvirus-startvirus+15)/16 + 1

There is yet another method involving direct manipulation.

This method is great because it is simple and short. No MCB needs to be
created because DOS will no longer allocate memory held by the virus. The
modification of the field in the BIOS memory area guarantees this.

컴컴컴컴컴컴컴컴컴컴컴컴컴컴?
COPY THE VIRUS TO HIGH MEMORY
컴컴컴컴컴컴컴컴컴컴컴컴컴컴?
This is ridiculously easy to do. If ES holds the high memory segment, DS
holds CS, and BP holds the delta offset, then the following code will do:

컴컴컴컴컴컴컴컴컴컴컴
SWAP INTERRUPT VECTORS
컴컴컴컴컴컴컴컴컴컴컴
There are, once again, two ways to do this; via DOS or directly. Almost
every programmer worth his salt has played with interrupt vectors at one
time or another. Via DOS:

Delta offset calculations are not needed since the location of the
variables is known. This is because the virus is always loaded into high
memory starting in offset 0.

With this out of the way, the virus can trap whichever DOS functions it
wishes. Generally the most effective function to trap is execute
(ax=4b00h), as the most commonly executed files will be infected. Another
function to trap, albeit requiring more work, is handle close. This will
infect on copies, viewings, patchings, etc. With some functions,
prechaining is desired; others, postchaining. Use common sense. If the
function destroys the filename pointer, then use prechaining. If the
function needs to be completed before infection can take place,
postchaining should be used. Prechaining is simple:

; The following code ensures that the flags will be properly set upon
; return to the caller
pushf
push bp
push ax

To exit the interrupt handler after prechaining, use an iret statement
rather than a retn or retf. Postchaining is even simpler:

When leaving the interrupt handler, make sure that the stack is not
unbalanced and that the registers were not altered. Save the registers
right after prechaining and long before postchaining.

It is also necessary to handle encryption in another manner with a resident
virus. In the nonresident virus, it was not necessary to preserve the code
at all times. However, it is desirable to keep the interrupt handler(s)
decrypted, even when infecting. Therefore, the virus should keep two
copies of itself in memory, one as code and one as data. The encryptor
should encrypt the secondary copy of the virus, thereby leaving the
interrupt handler(s) alone. This is especially important if the virus
traps other interrupts such as int 9h or int 13h.

컴컴컴컴컴컴컴컴컴컴컴컴컴컴
A THEORY ON RESIDENT VIRUSES
컴컴컴컴컴컴컴컴컴컴컴컴컴컴
Resident viruses can typically be divided into two categories; slow and
fast infectors. They each have their own advantages and disadvantages.

Slow infectors do not infect except in the case of a file creation. This
infector traps file creates and infects upon the closing of the file. This
type of virus infects on new file creations and copying of files. The
disadvantage is that the virus spreads slowly. This disadvantage is also
an advantage, as this may keep it undetected for a long time. Although
slow infectors sound ineffective, in reality they can work well. Infection
on file creations means that checksum/CRC virus detectors won't be able to
checksum/CRC the file until after it has been infected. Additionally,
files are often copied from one directory to another after testing. So
this method can work.

Fast infectors infect on executes. This type of virus will immediately
attack commonly used files, ensuring the continual residency of the virus
in subsequent boots. This is the primary advantage, but it is also the
primary disadvantage. The infector works so rapidly that the user may
quickly detect a discrepancy with the system, especially if the virus does
not utilise any stealth techniques.

Of course, there is no "better" way. It is a matter of personal
preference. The vast majority of viruses today are fast infectors,
although slow infectors are beginning to appear with greater frequency.

If the virus is to infect on a create or open, it first must copy the
filename to a buffer, execute the call, and save the handle. The virus
must then wait for a handle close corresponding to that handle and infect
using the filename stored in the buffer. This is the simplest method of
infecting after a handle close without delving into DOS internals.

The BEST advantage a virus can have is `Disinfecting of Fly' as we must
try to basically hide the virus as well as possible! And nowadays Anti-
Virus programs are going crazy. As I remember at the time Npox 2.0 was
developed it would Disinfect every file opened by F-prot and Scan and
when the Scanner found nothing and closed the file to go on to the next
Npox would re-infect them. Truly can cause havoc, As a matter of fact
Frisk didn't like this as I had some `Anti Fuck-Prot' routines and he
added his own routine to open files by Int21h/6C00h, as Npox only
disinfected on Int21h/3Dh, however to make the virus disinfect on
Int21h/6C00h, doesn't require much work, simply to take the ASCIIZ
string at DS:SI and put SI into DX so we have DS:DX pointing to it,
then run this routine.

The Basic idea on disinfection is this...
-For .COM files
Restore the first 3 bytes original Bytes of the program, these
3 bytes are usually somewhere inside the virus, and then simply
remove the virus from the end of the .COM file!
We do this by jumping to the end of the COM file and subtracting
the Virus size from the File size and that new value is the
original file size!
NOTE: if you write a virus that its length changes (Polymorphic)
its wise to save the original Filesize to be infected before
hand.

-For .EXE files & Overlays
This procedure is not different, just that if you changed CS:IP &
SP:SS in the EXE header, simply restore the original values, or to
save time, simple save the Original EXE header (first 1b bytes) in
the virus and right that to the beginning as I did for Npox 2.0
Then Subtract yourself from the original size and cut it off!

I will now follow thru the Npox 2.0 virus routine Closely so you can under
stand this process.

Okay first thing you would want to do is CHECK if this is
If the virus infects COMs & EXEs, do not waste your time looking thru
other extensions, or for tight code you can waste your time and "HOPE"
the `infection' marker will fail! Meaning if the virus uses the seconds
field set to 60 (as Npox) then naturally only INFECTED files will have
a time stamp of 60! And this routine is not needed...

; At this point the file has an .COM or .EXE extension, so we continue

open_fuck2: push ax ;Save AX
mov ax,3d02h ;Ready to open
call calldos21 ;Do it!
;NOTE: its important you called Int21h YOURSELF! you CAN NOT do a "Int 21h"
;command, as the virus will intercept it, and will come to this routine
;and it will continue over and over again, Never ending l
;stack gets too big, overwrite the code and the system ja
;in about 2 seconds...
jnc open_fuck1 ;No Error Continue
pop ax ;restore
iret ;Exit

mov cx,dx ;Save the filesize
mov dx,ax ;we will need it later
;to subtract the virus
push cx ;size fromit...
push dx ;Save it...

Here now we get the first 3 bytes (for com) or first 1B bytes (EXE header)
in the Nuke Pox virus I save the ORIGINAL first 3 bytes of the .com at
the VERY END! Since the buffer I made was 1B hex bytes, it is able to
hold the EXE header or 3 .com bytes, anyhow the beginning of these
bytes are the last 1B bytes, since its at the end... figure it out where
you saved your 3 bytes or exe header for your virus, or use the Npox
routine...

humm, now we got the original bytes, all we gotta do is write them
back to the file's beginning...

We wrote the original file's data back to place, now we need to cut the
virus off from the file, the virus is written at the end of the file,
so all we do is set our file-pointer to EOF - Virus_Size, which gives
us the original file length!

Now this is perhaps the "TRICKIEST" part, in order to "CROP" the file, at
our new ptr location, what we do it use does to crop it, by writing 0
bytes to the new location, DOS will make that new location the NEW
EoF and in result cutting off the virus and deleting its sector in the
fat.

ahh, the file is now Disinfected, now we safely return it to DOS and DOS
may now open the file for inspection...